A number of instructors have been at Starlet Dance Studio for many years – a testament to the warmth and spirit of the studio. 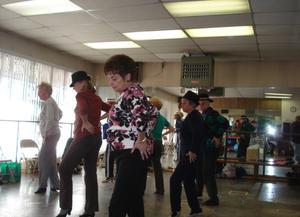 Starlet Dance Studio was founded in 1959 by Bonnie Star, hence the name Starlet.  Two years later, Wynette Smith joined the studio as a teacher and later became the owner.  For over five decades, Wynette has been teaching Albuquerque how to dance.

Starlet provides students an opportunity to perform in the studio's Nutcracker Ballet and student recital.

A LIFETIME OF DANCE